There are some photos making rounds on the streets of social media. And according to what social media folks are saying, they are pictures of a witch which fell from the sky while coming back from a meeting.

Groove media cannot tell exactly where the incident took place but below are the photos.

You know, it is widely believed that witches to fly at night. So may be some prayer camp fired some hot prayers the way of this particular witch so she had no choice than to land.

In the photos, some men went to help her descend since she landed on a roof top and she was looking tired.

The woman who’s very dark in complexion wore a black outfit with a red cloth covering her breast.

She carried along a special basket.

Sorry for her ooo: 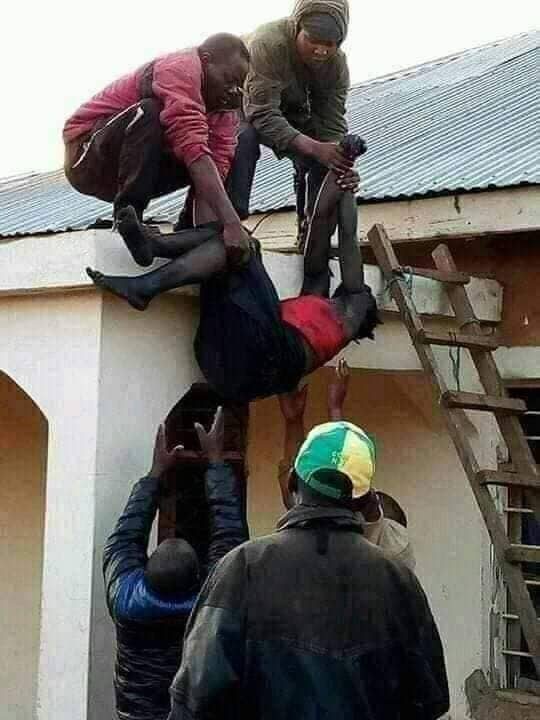 ACP Agordzo ‘fights’ IGP, AG for his job as a senior police officer

Parts of the capital Accra hit by earth tremor

Church elder exposed for paying GH¢ 50 after 3 rounds of...