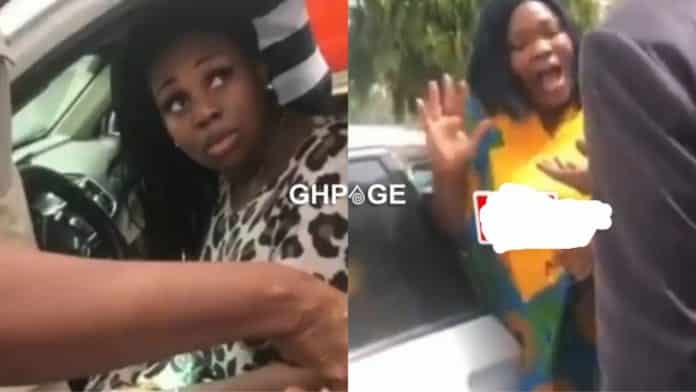 It was pure drama on the streets of Abuja after Governor Hope Uzodinma’s wife clashed with her husband’s side chick driving their family car.

According to reports, the governor’s wife spotted the side chick inside one of the banks conducting a transaction, she patiently waited for her to come out and later disgraced her.

A video from the scene that has gone rife on the internet shows angry Mrs Uzodinma dragging the side-chick out of her hubby’s car.

Rumours on the internet also suggest that the lady just returned from abroad and has been secretly hanging out with the governor after landing in Nigeria.

When we tell ladies to leave people’s husbands alone, they won’t listen and think we hate that they are enjoying a lavish lifestyle.