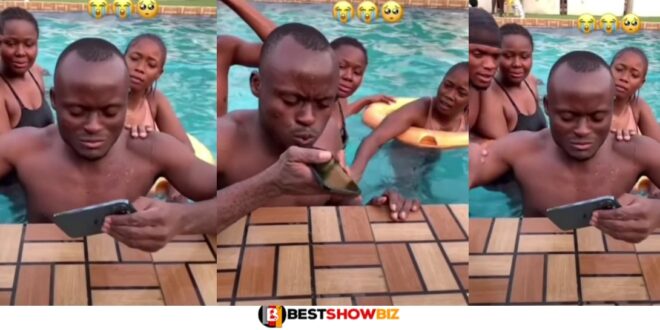 In a viral video, a young man gets into trouble after going swimming with his brand new iPhone 13.

This young man can be seen in the video being both angry and sad while attempting to reactivate his phone, but his efforts were futile.

Some of the other people in the pool began to console him, but he became even more enraged.

Take a look at the video.