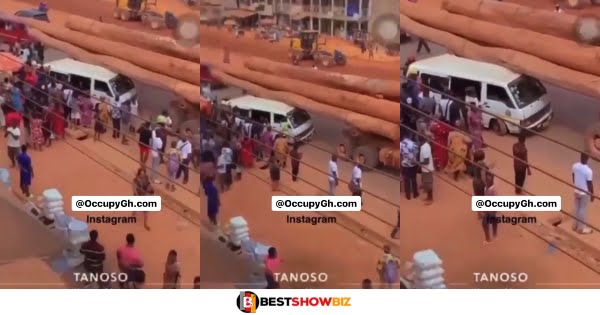 A video has just surfaced that shows the exact moment a heavy-weight truck hauling tree logs caused an accident on an ordinary commuter’s road.

According to the accounts, two people were seriously hurt when a commercial bus, which was attempting to avoid a collision with the heavy-weight truck, became stuck beneath the logs.