A Circuit Court in Koforidua in the Eastern region has sentenced a 37-year-old police officer to a total of 40 years in prison for robbery.

The court presided over by Her Honour, Mercy Addai Kotei, found him guilty of two counts of conspiracy to commit crime, to wit robbery and robbery.

He is to serve 20 years for each count which runs concurrently.

Corporal Ghasty Yaaya Seidu, 37, with service number 43255 attached to the Akuse District Police command was arrested for his practical involvement in a robbery incident that occurred at Okwenya Shell Fuel Station on March 26, 2018.

He was picked up at Akosombo on April 26, 2018, after Police Intelligence.

Prosecuting Assistant State Attorney, Dickson Donkor, told the court during the trial that a search conducted in the room of the policeman led to the retrieval of a pistol with two magazines and three 1.8mm ammunition, an axe, a knife, three paper spray cans, 10 wristwatches, a pair of handcuff and a bayonet.

Mr Donkor said during the robbery operation, the suspect inflicted varying degrees of injuries on one Kudjo Akakpo, 42, the security man on duty at the fuel station.

The accused person pleaded not guilty to charges of conspiracy and robbery. 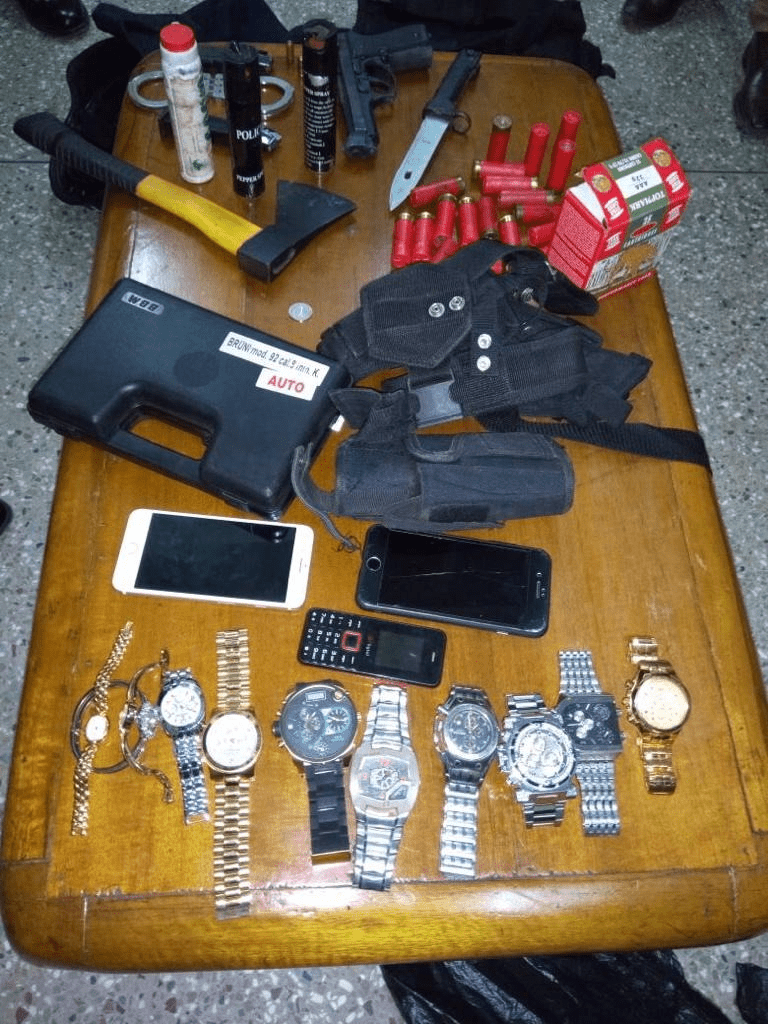 The judge at the end of the trial, held that the prosecution was able to prove its case against the police officer and convicted him accordingly.

Meanwhile, Seth Kpornyo , a suspect in the same case has been acquitted and discharged by the court after the judge held that prosecution could not prove beyond a reasonable doubt that he was involved in the robbery.

Osei Palmer to face the ‘wrath’ of GFA ethics committee?