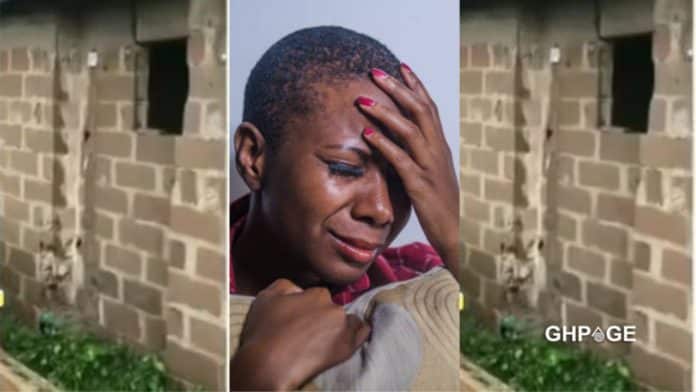 I’m yet to understand how some people can be such wicked and inconsiderate. Your own relative sent you millions of naira to build her a house and you squandered the money.

A Nigerian lady has taken to the internet to weep over the wickedness her own family has subjected her to.

According to this lady, she sent her family huge sums of money to build a specific house for her, but they were spending the monies she sent them.

And after she told them she was returning to her motherland, they rushed to build her some “hencoop” like house.

In the lady’s Tiktok video which many Africans in the diaspora has shared similar sentiments, she advised that no one should ever hand over his/her project to his kinsmen because they will be disappointed in the end.

The members of the family who spent the lady’s hard-earned money should be arrested ASAP to serve as a lesson for others who have ill intentions of doing the same in the future.

Watch the video below to know more…