A Nigerian man has taken to twitter to narrated how his ex girlfriend broke up with him because she was insecure about the fact that he cooks better than her.

Chuka Phillip-Johnson, an editor at DutchReview, made this revelation while responding to a question from a Twitter account.

“Have y’all ever dated someone that was jealous of you?” a Twitter user asked.

Chuka responded: “Yeah, it was a Nigerian lady. She felt somehow threatened, and was extremely jealous when she found out I could cook (better than her). She was one of those girls raised in a traditional home, where cooking is a woman’s job. She used to call the kitchen, ‘her office

“Since I love to cook, and wanted to cook almost all the time, she said I had succeeded in taking away one of the things that made her a woman. It was a very weird dating phase and didn’t last that long. Imagine someone breaking up with you because you cook better than her. Lool.” 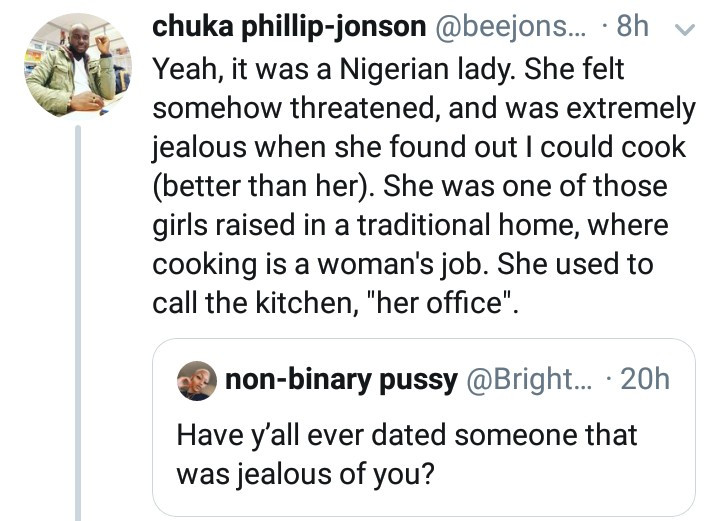 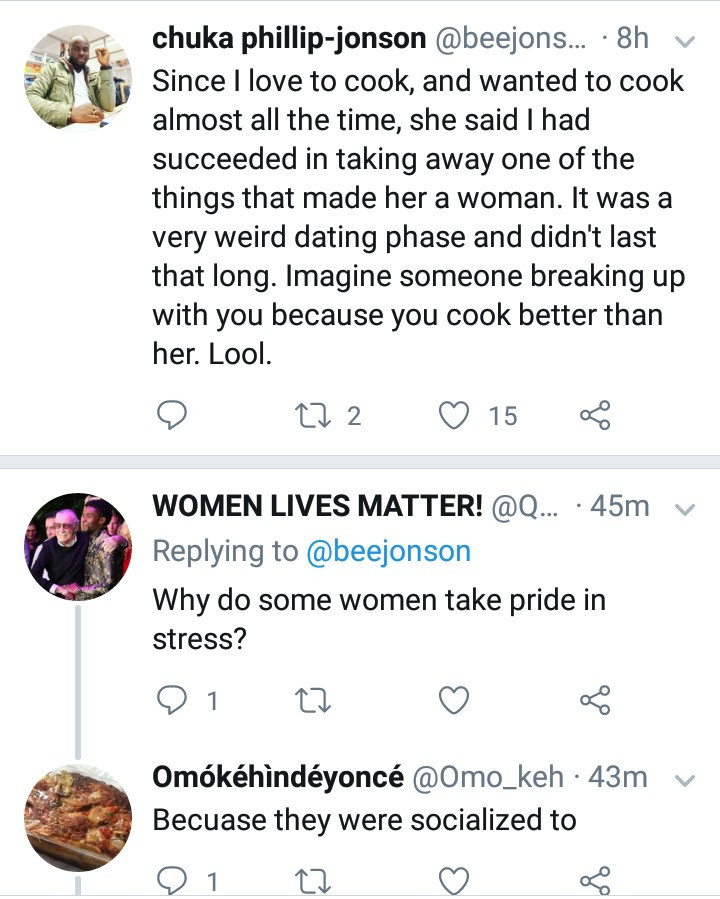