Ghanaian socialite, Mona Montrage, aka Hajia4Real is now the sixth wife of the prince of the Masai Village in Tanzania.

Yesterday, pillanews.com announced the crowning of Hajia4Real as the queen of Masai during her tour in the inner-lands of Tanzania.

Well, it appears more happened during Hajia4Real’s crowning as she took to Instagram to show off her new husband since attaining the customary title.

Hajia in the said post revealed she’s now the 6th wife of the Prince of Masai.

Sharing a photo of herself and the prince, Mona said; “Meet the Prince of the masai Village 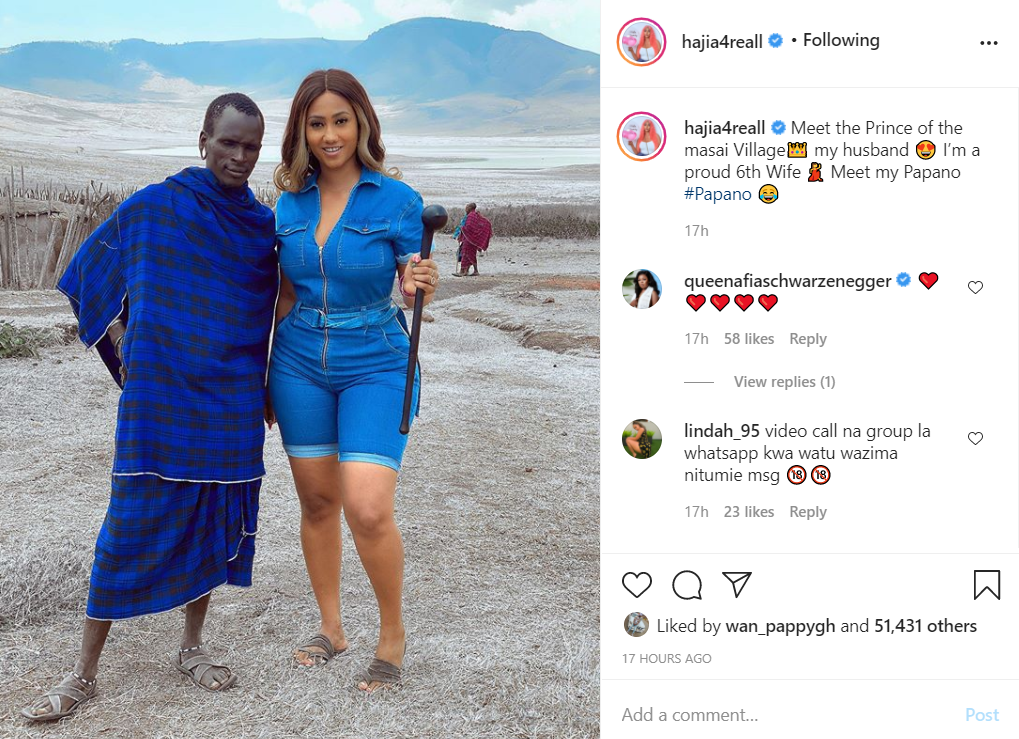 Sarkodie and his son MJ pose for the camera; fans say they look alike

Joyce Blessing is not a happy person, she weeps every night...

Efia Odo whets the appetite of his fans with a naked...

Cardi B shops for all her extended family members as she...

Be confident if you want to date celebs – Sis Derby