These were rife in times past, mostly involving the vulnerable and women in society. 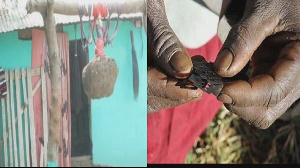 Depending on which rite, they would give a reason that it was for one’s own good, to pay for the sins of another or to avoid bad luck. In all of these cases, the people involved did not have a say, even if it was against their will, they had very little to say, they will have to go through it anyway

Today, all of these rites have been spoken against by international and local human rights organizations and advocates.

Considered as an abuse of the rites of these persons, UNICEF and others have called for discontinuation of these practices to allow for the rightful enjoyment of their human rights.

Here is a compilation of some of these painful rites that have kept individuals in bondage for years, the good news is, they are massively being condemned and most of them are gradually phasing out.

According to ‘The Conversation Africa’, until the Trokosi system came to the attention of the general public in the 1990s, girls sent to the shrines stayed there for life. 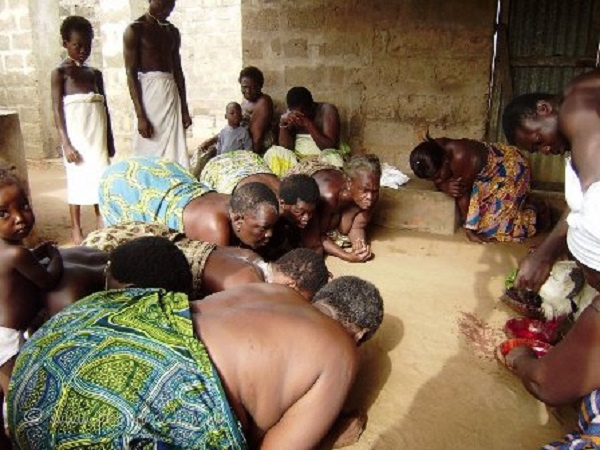 After the 90’s, some of the priests and elders were willing to let the girls go back home after a few years, for a few months, but had to return whenever they were sent for. When they die, the family must replace her with another virgin girl.

This means that the family will pay reparation, of one girl, forever. The system is based on the belief that gods have the power to search for wrongdoers and punish them.

When the virgin girls are sent to the shrines, they become the “wives of the gods” and are sexually exploited by the priests and shrine elders. The shrine priest is the spiritual head of the shrine and “proxy for the gods” while clansmen can be appointed as elders of the shrine.

These priests justify their actions by explaining that they represent the gods on earth and therefore are the rightful persons to perform these sexual acts on their behalf.

If there are children born out of the relationship with them, they become the responsibility of the virgin girls’ family. 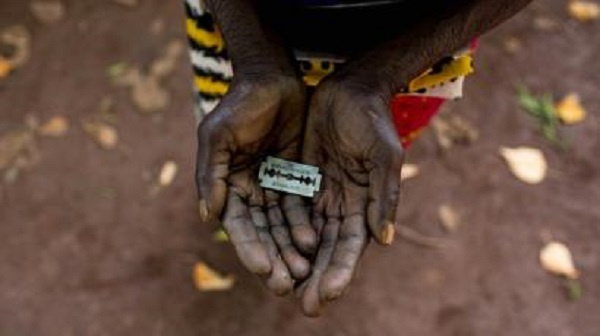 According to the World Health Organisation, Female Genital Mutilation (FGM) involves the partial or total removal of external female genitalia or other injuries to the female genital organs for non-medical reasons. The practice is carried out by traditional circumcisers who often play other central roles in communities such as attending childbirths.

FGM is mostly carried out on young girls between infancy and age 15. The Girl or Woman is held down tightly by a number of women including relatives. The legs of the lady are usually pulled apart and part of the genital is cut.

The wounds are then dubbed with alcohol or lemon juice, or shea butter or coconut oil or ash or herbal mixtures, porridge or cow dung, depending on the community.

The victim’s legs are bound together until the wounds heal. The actual operation sometimes lasts from 10 minutes to 15 minutes.

The Practitioner of FGM uses tools such as special knives, scissors, razors, or piece of broken glasses. On other occasions, sharp and burning stones are used in the exercise. Today, FGM is recognized internationally as a violation of the human rights of girls and women.

It reflects deep-rooted inequality between the sexes and constitutes an extreme form of discrimination against women. Child marriage Child marriage is defined as “a formal marriage or informal union of children before age 18”.

The practice is very dominant in the Northern part of Ghana, where very poor families give their children out in exchange for money. It remains a challenge in Ghana.

Over the years, government and development partners have made various commitments and efforts to curb the phenomenon of child marriage. UNICEF and partners are also working together to develop methods of intervention to reduce the prevalence of child marriage. 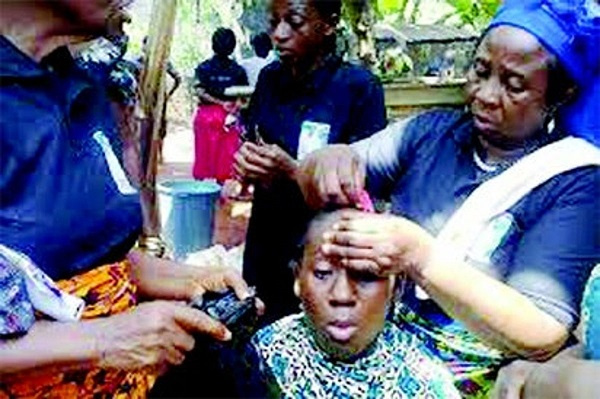 These are rites widows or widowers go through in some Ghanaian communities upon the death of the spouse as part of the process of ritually separating him or her from the partner. In Ghana, it is practiced mostly on widows (women). The practice which has been described as one of the most dehumanizing, uncivilized and negative cultural practices is still rife.

Though Article 26, subsection 2 of the 1992 Constitution stipulates: ‘All cultural practices which dehumanize or are injurious to the physical and mental wellbeing of a person are prohibited,’ people still hold on to it.

The widows are tortured, stripped naked, their hairs shaved, and they are forced to drink concoctions prepared with leaves, hairs, and fingernails of their late husbands.

In some extreme cases, the windows are made to sleep with the corpse for three or more days, most of the women and their children are also denied food and shelter. Women who undergo such rites are subjected to mental, physical, and emotional torture, accused of killing their husbands. 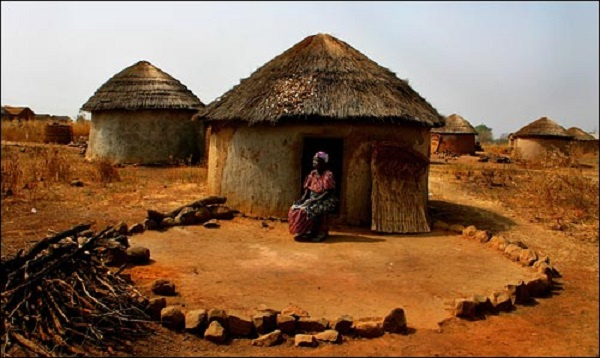 For decades, Ghanaian women have been banished to live in segregated camps on suspicion of witchcraft. Women in Ghana suspected of being witches are banished from their communities and forced to live together in witch camps.

These witches’ camps are established as traditional shrines. They are truly intended to be sanctuaries and not prisons and are holding tanks of accused persons waiting to be saved for society. Most of the women are coerced to confess under compelling and dehumanizing circumstances. In some instances, they are made to drink concoctions prepared by the witch doctors.

The camps are said to have come into existence more than 100 years ago when village chiefs decided to establish isolated safe areas for the women. They are run by ‘tindanas’, leaders capable of cleansing an accused woman so that not only is the community protected from any witchcraft but the woman herself is safe from vigilantes.

Today, they are still run by local chefs, and accommodate up to 1,000 women in spartan huts with no electricity or running water, and roofs that leak. (BBC) 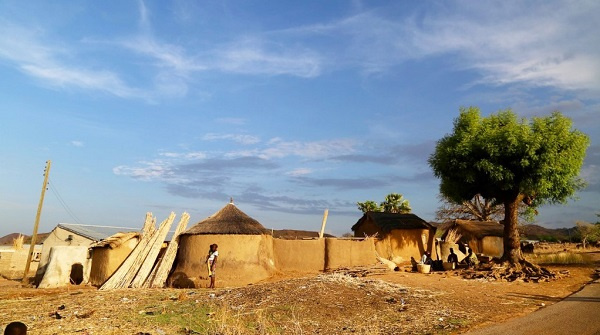 The act of killing babies who were born with disabilities was until recently widely practiced in some parts of northern Ghana.

These children were labeled as “spirit children” with the belief that they brought bad luck. They were killed to “save the lives of their parents and family”. (face2faceafrica.com) These children were basically taken to medicine men who would give them a poisonous potion and lock them in a room. The belief is that if you die from the potion, it means you are indeed a spirit.

The children are then buried in an isolated place far away from the village. Though still ongoing in some communities today, some human rights advocates and non-governmental organizations are speaking against the practice and condemning it.

Okyenhene replaced as President of Eastern Regional House of Chiefs

Yvonne Okoro is no more my celebrity crush – Akwaboah backtracks

WATCH VIDEO– How Ghanaians Were Deported From Nigeria In 1983 Which...