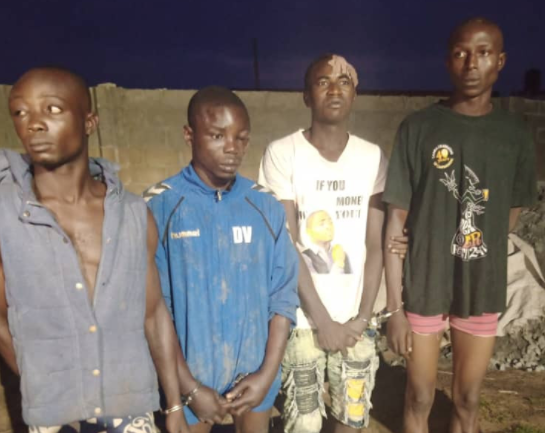 Four members of a dreaded cult group were on Saturday, July 17, arrested by men of Ogun state police command during a supremacy battle between Aye and Eiye confraternity in Atan Ota area of Ogun state.

The suspects, Olusegun Owoola 26, Gbenga Akinkade 34, Jinadu Waliu 30 and Sanni Hammed 27 were arrested following a distress call received by the Dpo Atan Ota division Csp Abolade Oladigbolu at about 4am of the date that the two groups were on a rampage at a Hotel road area Atan Ota, and that there are sporadic gunshots in the area.

Police sources say the DPO immediately mobilized his men and moved to the scene where they met the two groups engaging themselves in a serious gun battle. The policemen engaged the hoodlums and subsequently subdued them, at the end of which four amongst the cultists were apprehended.

Oyeyemi added that the commissioner of police CP Edward Awolowo Ajogun has ordered the immediate transfer of the suspects to the anti-cultists section of the state criminal investigation and intelligence department for discreet investigation. He also warned that the command will not tolerate any act of brigandage and hooliganism, and will do everything within the law to eradicate it. 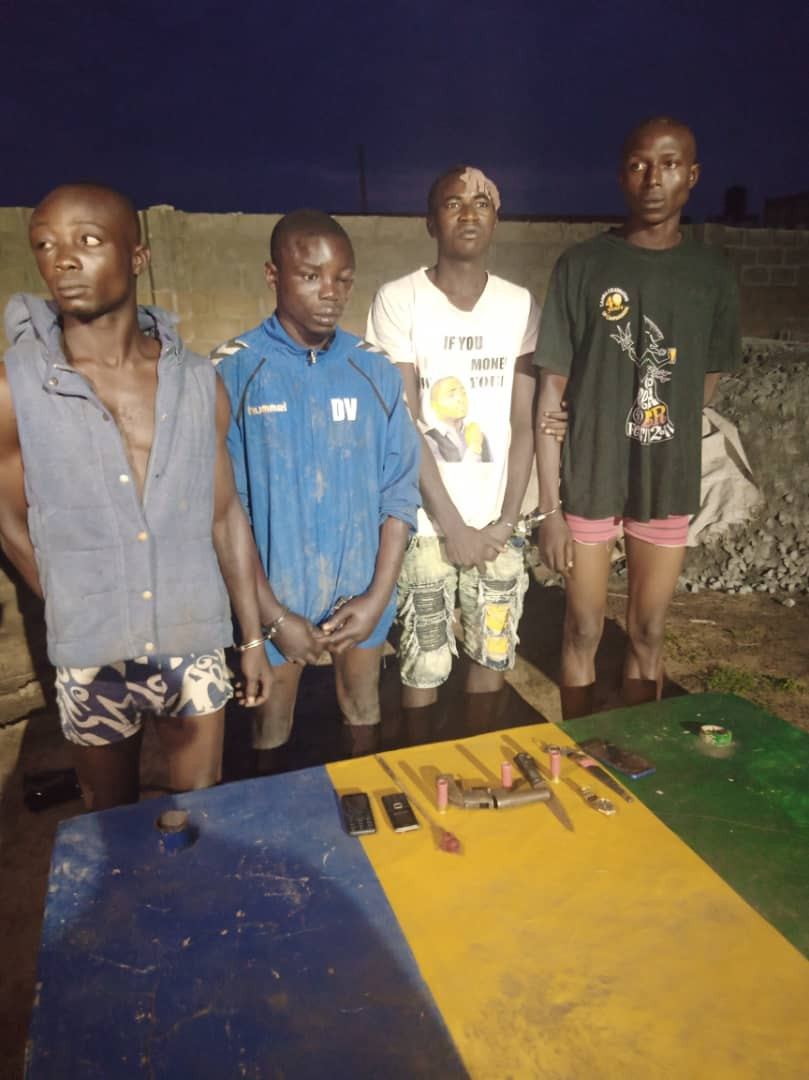