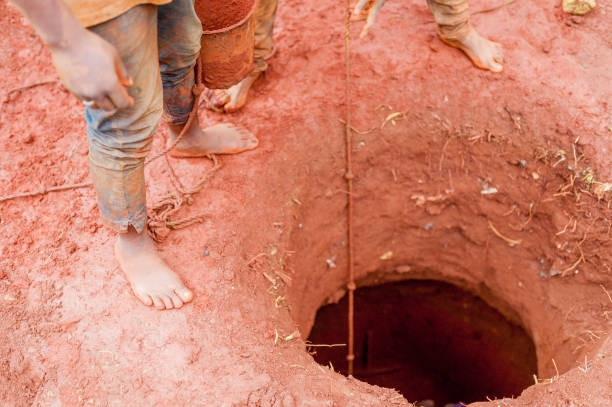 The old man allegedly jumped into the well to end his life
A 70-year-old man on the night of Thursday, 17 February 2022, ended his life by jumping into a well that serves as a source of drinking water for the residents of Kurantumi in the Abuakwa municipality of the Eastern Region.

According to an eyewitness report, the late Kojo Owusu, who was believed to be a pensioner, committed suicide at about 10 PM.

He explained that he had a late-night distress call about the incident.

Mr Osei said when the NADMO team got to the scene, they realised that the well was full to the brim.

“So, we had to mobilise officers from the National Bureau of Investigations (NBI) and Ghana National Fire Service (GNFS) to have the water pumped out”, he narrated.

He said after pumping the water out, the body of the late Kojo Owusu was discovered under the well.

According to him, a young lady, who was trying to put her baby to sleep at the time, told the officers at the scene that she saw the late pensioner hovering around the well and when she inquired of his mission there, the old man asked her to mind her own business.

The lady, he noted, said she moved away only to see the man jump into the well.