A record number of daily coronavirus cases have been reported across the UK for the second day running, with 88,376 infections confirmed on Thursday.

There was also a record for top-up vaccines with 745,183 third or booster doses being given on Wednesday.

Boris Johnson has urged people to use “caution” in the face of the variant.

But the prime minister insisted England was not being put into lockdown by stealth, after some of his own MPs had accused the government of putting hospitality under an “effective lockdown”.

Meanwhile, the Queen has cancelled her traditional pre-Christmas lunch as a precautionary measure amid the surge of the Omicron variant.

A further 146 deaths within 28 days of a positive test were reported on Thursday.

But he added that this was just a possibility, adding that the rate of growth would slow down once people had received booster vaccines or been infected by the variant.

Speaking to the Commons Health and Social Care Committee, he said that even with people acting cautiously the rise in Omicron cases would still be “very fast”.

But the booster programme was the route back to a “more normal track”, Prof Whitty said.

Plan B measures and “really critically the booster programme” were intended to slow things down, he said, but he added that “if the facts change and it becomes clearer that things are heading the wrong way, ministers are always going to take constant reviews of this”.

Prof Whitty said if vaccines were less effective than expected against Omicron then that would be a “material change” in how ministers viewed risks going forward. 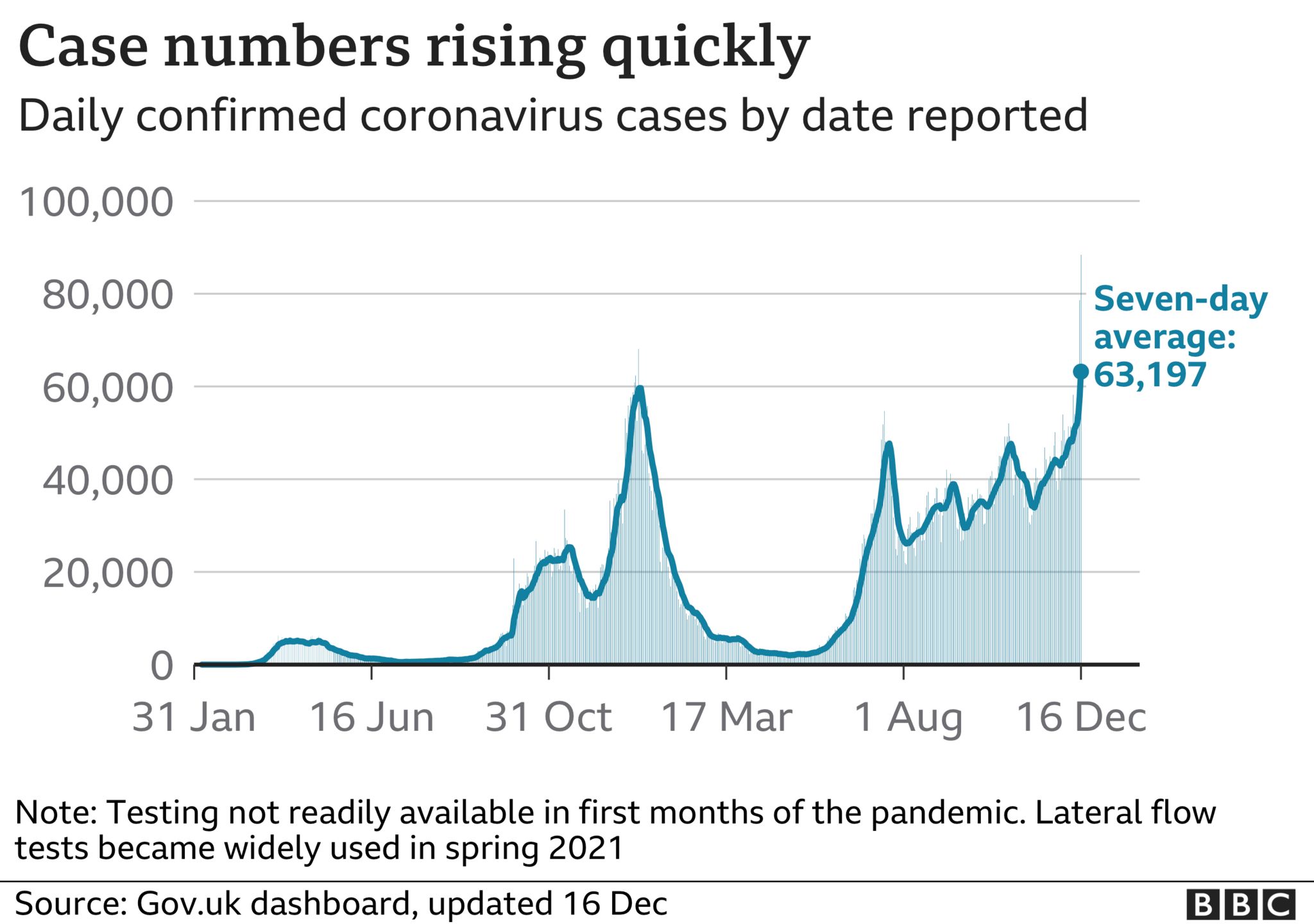 He also said it is likely that vaccines and antiviral drugs will do “almost all of the heavy lifting” when it comes to tackling future Covid variants.

Prof Whitty said “each six months will be better than the last six months” when it comes to fighting Covid.

UK Health Security Agency (UKHSA) chief medical adviser Dr Susan Hopkins told MPs that there were now 15 people in hospital with the Omicron variant, but Prof Whitty said the real number will be much greater.

Dr Hopkins said that the earliest there would be reliable data on Omicron would be in the week between Christmas and New Year, with around 250 people with confirmed Omicron needed in hospital for a full study on severity.

How the world plans to celebrate New Year under COVID cloud…

Covid-19: WHO chief optimistic disease will be beaten in 2022…

How to prevent Prostate Cancer…

Nigeria is now free from coronavirus