Per a viral funeral poster available to pillanews.com, the Kumawood actor died at the age of 37.

He is popularly known as Sekyere Amankwah but on the poster, he was named Akwesi Mensah which has raised concerns among Ghanaians on social media.

See the poster below… 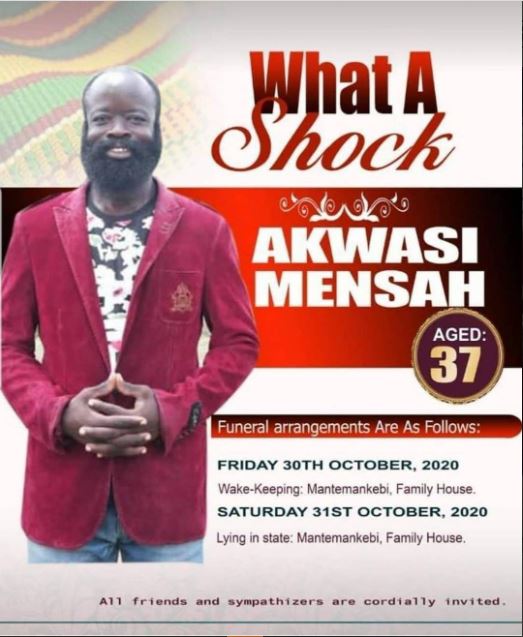 The renowned actor mostly plays the role of a fetish priest and has been featured alongside Clara Benson, Kwadwo Nkansah Lilwin, Akyere Bruwaa, Christiana Awuni, Apostle John Prah, Emelia Brobbey, and many others.

All the predictions The Simpsons got right about 2021…

Omicron is spreading faster than any other coronavirus variant…

Daddy Chew Me Like You Are Wedding Me Today! Lady Speaks...

‘They shouldnt get me started’ – Yvonne Nelson reacts after Kofi...