An angry mob have beaten a suspected armed robber to death in Yenagoa, the Bayelsa state capital.

It was gathered that a three-man gang allegedly attacked a Point of Sale operator along Erepa Road on Wednesday May 26, and made away with undisclosed sum of money.

According to an eyewitness, the suspected robbers were trying to escape with the stolen money but ran out of luck when they had an accident with the tricycle used for the operation.

After the accident which occured near the Isaac Boro Express Way axis at Custom road, Biogbolo, the said robbers fired gunshots to scare away the mob, who, however, overpowered them.

One of the robbers managed to escape while the mob beat one to death before the police arrived the scene and rescued the third one.

The angry mob also burnt down the Keke. 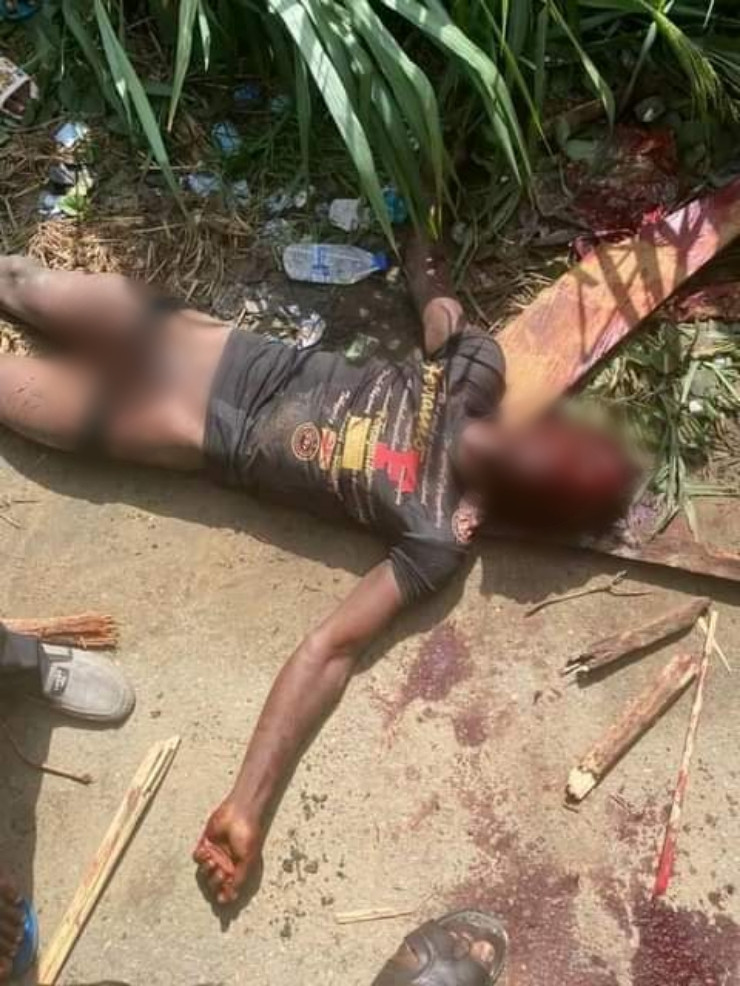 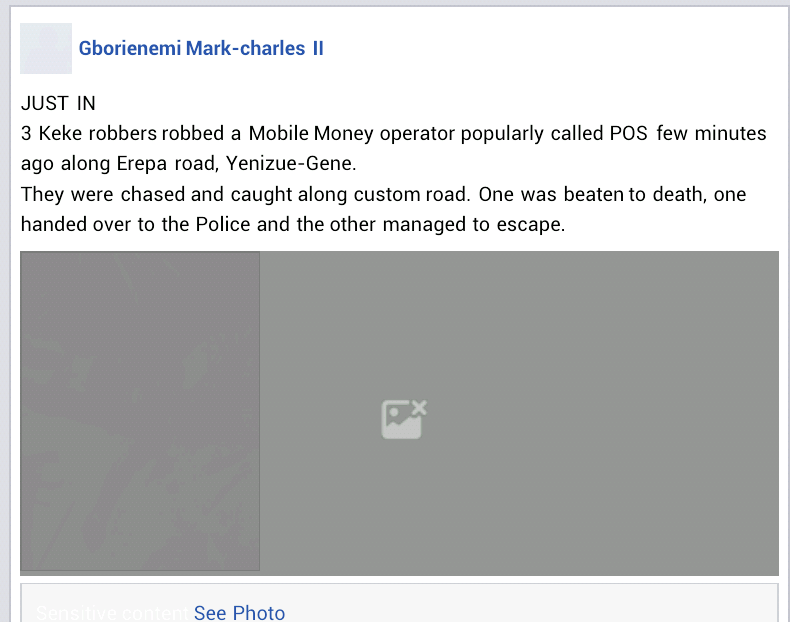 Shatta Wale Shows Off Dollar Bills As He Insults Stonebwoy And...

2Baba accused me of sleeping with his wife Annie – Brymo

Is the office your property? – Labour expert to Domelevo

Nigerian Lady Recounts How She Became Sad & Depressed After She...