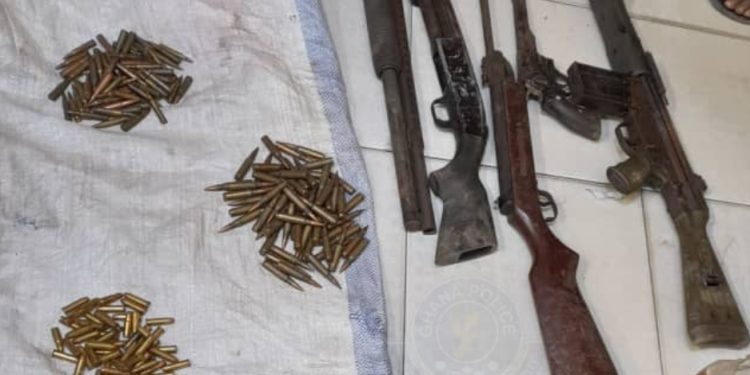 Police have arrested one person following the killing of the Oshipi of Ashalaja at Achiaman, Joshua Lartey, near Amasaman on March 6, 2022.

The police in a statement said they are also pursuing five other suspects for what they have described as murder.

“The five suspects; Rashid Mohammed alias Gizzo, Brown Amoah Akwanor, Nii Obene, Ayitey Animle alias A. Brother and Mushe Akwanor are believed to have attacked and shot the deceased in his car while he was on his way home,” police said.

The Police, acting on intelligence went to the house of one of the suspects, Rashid Mohammed at Sowutoum.

A search conducted in the house led to the retrieval of two pump-action guns, one G3 weapon, one revolver and one cap gun from a locked room.

Rashid Mohammed’s wife, who was in the house at the time, was arrested to assist in the investigations.

The Police have since called on members of the public to volunteer any credible information that will lead to the arrest of the suspects. 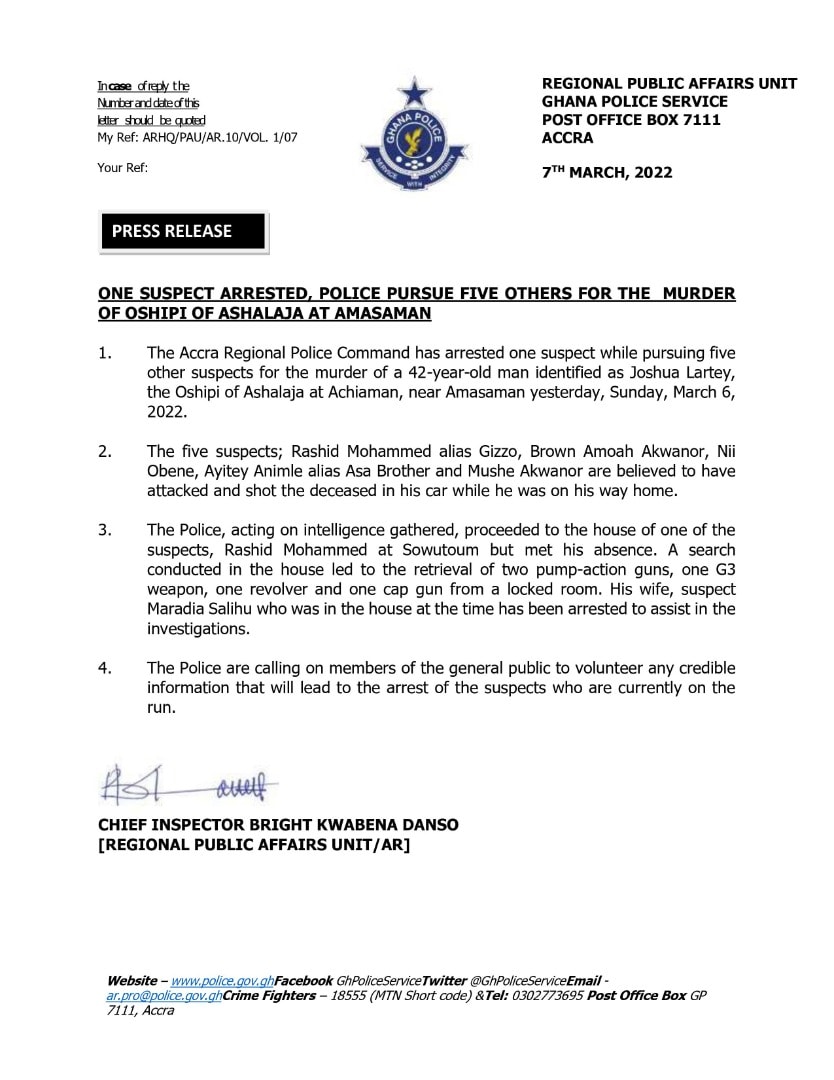