What’s the teacher without the classroom like? How do you handle, especially children in their developing age with very short attention span, when you are not with them in the classroom?

And yet this is what they have had to deal with over the period. One of the groups which literally has ‘stayed home’ the longest since the outbreak of coronavirus and arguably, one of the worst-hit; the Teacher.

President Akufo-Addo, on March 15, announced a ban on all public gatherings and closure of all schools in the country; private and public as part of extensive measures to curb the spread of the coronavirus.

It’s been over a month and so many questions emerge, for both headteachers and teachers. There’s the question of how to make up and keep the children busy during the long break, how to ensure they still are learning, salaries; how do they get paid when there’s a literal ‘halt’ on fee-paying? How about money to pay rent for the building they use as a school? The list is endless.

So, what is the life of the ordinary teacher like in these times of Coronavirus?

Well, this is the question Ghanaweb sought to find answers to when it caught up with some teachers and proprietresses of creche and basic schools in the country.

The answers varied, but one thing was definite, they have been hit real bad, and their lives have been far from ‘normal’ since the advent of Coronavirus and the subsequent shut down of schools.

Ruth Okaniorkor Okan Adjetey is a teacher and Proprietress of Garnet Beginners Academy, a pre-school whose focus is making learning practical. Having had to shut down in the middle of revision, for children between 3 months and 6 years, she tells Ghanaweb it has been tough.

Now the struggle was how to get these young ones to concentrate through an online classroom system while maintaining the purpose of learning. This was her story;

“Three weeks before we were asked not to come to school because of Coronavirus, we were in the middle of revision, so we had to come up with a strategy of online classes. It wasn’t easy because we had to get data for each teacher and get them a smartphone that will help them do better recordings of their lessons.”

“The teachers managed but our challenge had more to do with the kids and their concentration, parents and what gadgets to use and data. We created a Watsapp platform and posted the recordings on the platform. But not every parent can have enough gadgets for themselves and one for their children and this became a challenge. This had to be done under the supervision of parents, unfortunately also, most parents had to go to work.”

“We decided to try the zoom class because schools are supposed to reopen on May 7 and we need to come up with a solution but the challenges we realized with that is the connection with parents in this area, coupled with having to keep up their concentrations, a break in connection means a loss of concentration till later.”

For Pat Binnim who operates a pre-school, she had to resort to getting a soft loan to cater for half-salary payments for her teachers for April, her school faces serious threats of collapse if the virus and the ban persists. She had this to say when Ghanaweb contacted her;

“Our income is from our parents, I have a payment plan for the children. Some of them pay monthly so by the end of the term, they would have finished paying. Most of them were not done with payments when the ban came in so it has affected our teachers.”

“I couldn’t even pay them their whole salary in March. I had to give them half and for April, I have had to go for a loan from my sister to pay them half of their salaries so we don’t know what we’ll do in May. The space I’m using is a family house and I pay rent to the family, but luckily for me, the family is taking it easy on me so the rent part is not so much of a challenge now.”

“All school activities have had to halt but with my school when we vacate, I give them vacation homework, sort of a recap of everything we’ve learnt the whole term so that’s what we did but parents say they are done so they want the online lessons. With children, they deal with pictures so we have to send to them to print, most of them are illiterates also and their highest gadgets are android phones for the Watsapp platforms but most of them can’t read and write to even teach their children so it is all difficult,” she said.

“I have a lot of backlog of fees, so we want to see if we discuss with PTA for the parents to pay even at least half of their fees. If this (the ban) persists, maybe I’ll have to lay them (the teachers) off because if I keep them, they’ll have to be paid and no funds are coming in. I was even thinking of what we can use our premises for in terms of hiring to get some funds but all public gatherings are also on hold so there’s nothing coming in. These are not pleasant times, it has brought a lot of challenges because the teachers, most of them have one income, that is their salaries, so if this is not coming then there is a problem.” 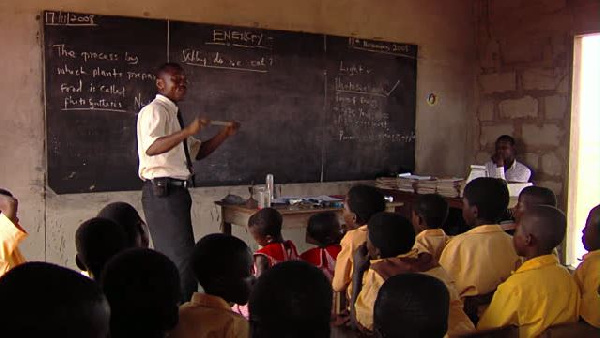 Irene Adjetey, who is a teacher and owns the Budding Brains creche at Amasaman also had a similar story to tell. She doesn’t know where her teachers, who solely depend on their salaries for upkeep will be getting their monthly pay from.

“Some of the parents have not yet settled their school fees and they settled only first term, the second term was yet to be paid. It has caused a lot of trouble because they don’t want to release the fees and it is out of that fees that I’ll pay my teachers. I understand because I know if the parents get they’ll give me but as it stands, nothing is coming and so my teachers have not been paid for the month of April.”

Menzgold customers arrested for besieging NAM1’s home to be arraigned

I should stop talking about the nonsense in this country because...

I will not impregnate my wife again – Rev. Obofour

Ofankor murder: Suspect’s pumped guns were licensed over 12 years ago...

One dead, 6 in critical condition in gory accident on Apam-Winneba...