More than half of the population, that is, 64.9% want a new voter’s register ahead of the December polls, a University of Ghana (UG) survey has revealed.

Conducted by the Political Science Department of the university in December 2019, the researchers asked some 27,500 respondents: “The Electoral Commission intends to compile a new voters’ register. Do you agree?”

Majority of respondents from all the 16 regions answered in the affirmative.

Most respondents believe a new register will “ensure credibility” of the election results.

See also  Two Men Who Attempted To Snatch Baby From Mother’s Back For Rituals, Arrested (Photos)

Those who were not in support of the EC’s decision said it would be a waste of resources.

The main opposition National Democratic Congress (NDC) and other smaller parties who have joined forces to be known as Inter-Party Resistance against the New Voter Register have embarked on three demonstrations to protest the compilation of the new voter register.

The group is of the opinion that a new register with 10 months to the general election is only not an attempt by the EC to rig the election for the governing New Patriotic (NPP) but also a waste of state resources which should be channeled to other areas of development.

Meanwhile, the EC believes the integrity of the 2020 polls could be undermined if a new roll and a new Biometric Voter Management System are not put in place.

Below is a breakdown of the survey 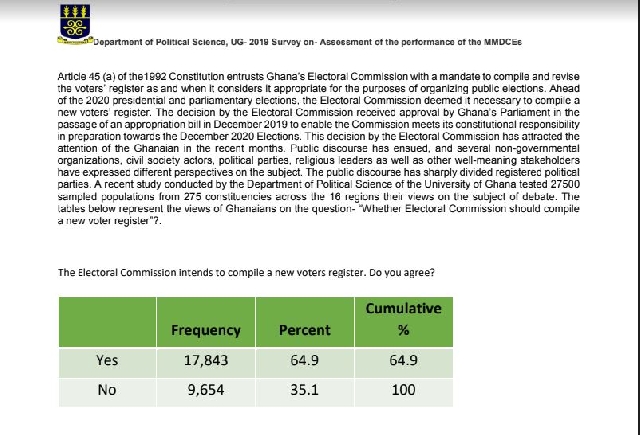 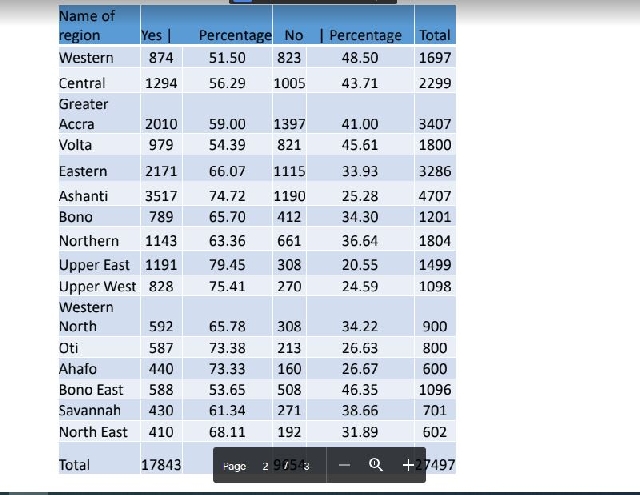 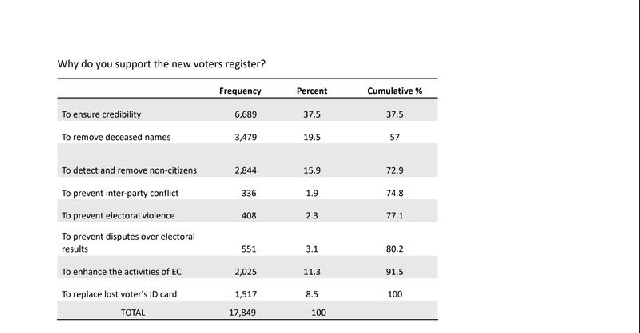 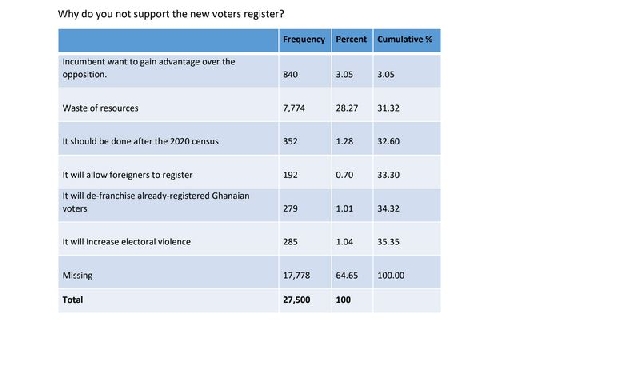 Coronavirus must disappear so December 7 polls can be organised –...

Coronavirus: Over 4000 persons get food from Empowerment Worship Center

HEARTBREAKING! Man killed girlfriend then raped and murdered her daughter, 15,...