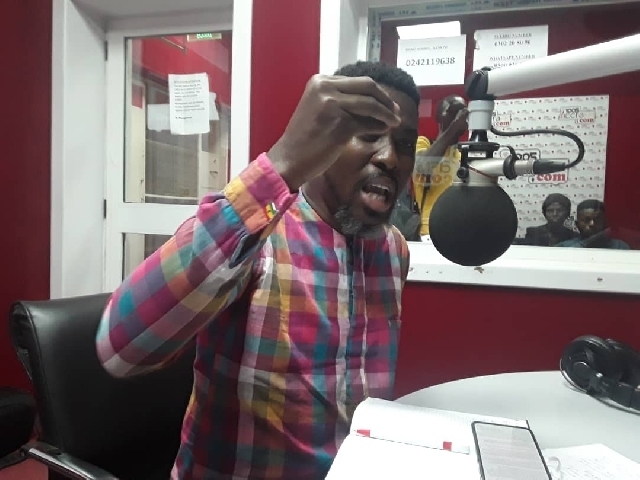 Political satirist Kwame A Plus has said the opposition National Democratic Congress (NDC) must stop its crusade against the proposed 1.75 per cent e-levy since the same party will justify its need and even increase the rate should it come to power in the future.

In his view, just as the New Patriotic Party (NPP) in government is introducing new taxes, the NDC, which is kicking against the e-levy currently, introduced even more taxes.

“The most annoying one was [the imposition of] 17 percent [VAT] on businesses of gyms and spa”, he noted.

“There was the imposition on capital gain tax on petroleum operations”, he added, noting: “… All of these were introduced. They were very good. I support it. I don’t remember one time where I was against any tax”.

At the time, he said, “the government of the day [NPP] was against most of these taxes and campaigned with these and then came to power”.

“These guys [NDC] will make all the noise about e-levy, will come to power and the same people will come and sit here [and justify it]. E-levy will be increased”, he said.

“NDC will come to power and increase e-levy”, A Plus predicted.

“When NDC comes to power, they will not abolish e-levy. Somebody will sit on this show and explain to you why e-levy is now very important”, he stressed.

See also  Myanmar: At least one dead, 70 missing in jade mine landslide...

A Plus’ observation comes a day after political pundit Ben Ephson accused the NDC of being hypocritical about the e-levy.

According to Mr Ephson, if the passage of the E-levy will make the governing New Patriotic Party (NPP) unpopular, why would the NDC not support it and take advantage of it to win the next election.

Speaking to CTV’s Nana Yaw Adwenpa in an interview, Mr Ephson said: “The NDC is being hypocritical”, adding: “If e-levy is not good and it will make people poorer, if I’m an NDC strategist, I will say: ‘Let them pass it and I will use the harsh effect to campaign against NPP to lose the elections.’ Are you saying you love NPP more than yourselves? It’s a lie. For NDC’s Bagbin to say if NPP passes e-levy, they will lose, then allow them to lose.”

The pollster stressed: “The NDC is being hypocritical, I’ve met NDC people who are enlightened and they suspect there is something in the soup.”

“We’ve got two more years to elections, they know if e-levy is passed, NPP will get money for development otherwise I don’t understand their resistance,” he added.

Some Ghanaians are against the levy claiming it does not serve the interest of the common people.

Some economists have also asked for the proposal to be reversed, claiming that it will menace the government’s digitalisation efforts and plans to introduce a digital currency.

The NDC has taken an entrenched position not to support the levy in any way describing it as daylight robbery.

In December 2021, a brawl broke out in parliament due to the disagreement of the E-levy bill.