A man has died after a cliff collapsed at Victoria’s Bells Beach on New Year’s Eve.

The incident occurred at 2.15pm on the Jarosite Mine Track at Southside Beach roughly 100km southwest of Melbourne.

A Victoria Police spokeswoman revealed investigators had been told six people were sitting under the cliff-face when it collapsed. The Herald Sun reported the collapse “caused debris to fall on three of the patients from a height of up to 30m”.

The 28-year-old was given CPR before being airlifted to Alfred Hospital in a serious condition with upper body injuries.

Tragically, he succumbed to his injuries on the way to Melbourne for further treatment. 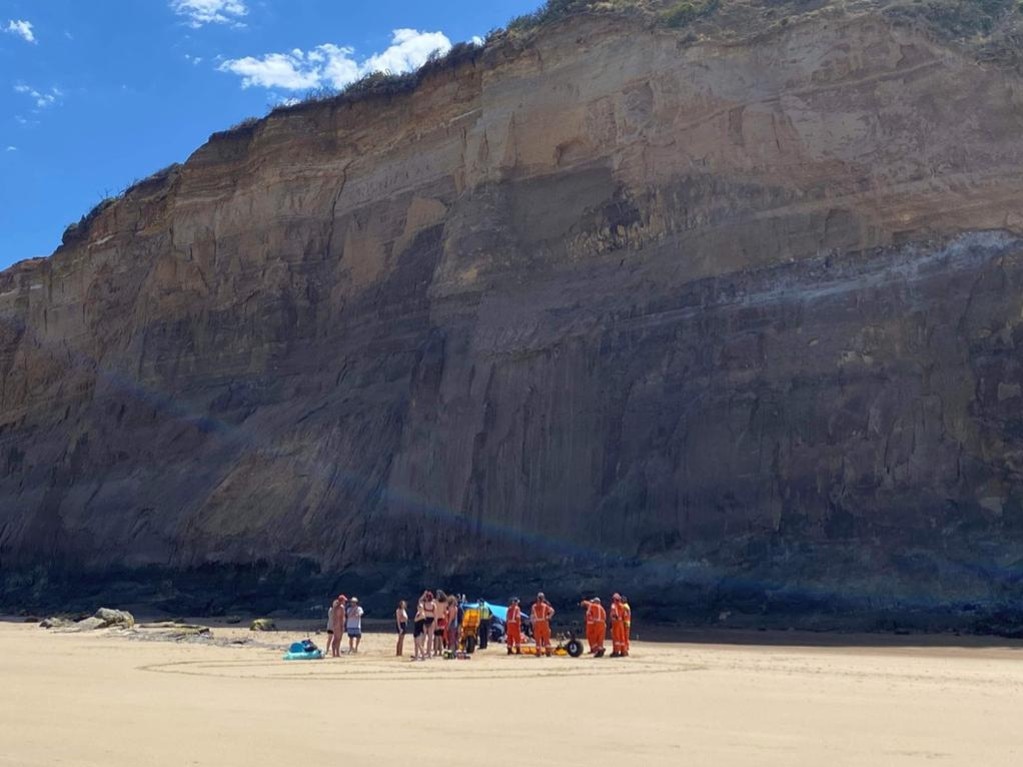 The Herald Sun reported one person was seriously injured. 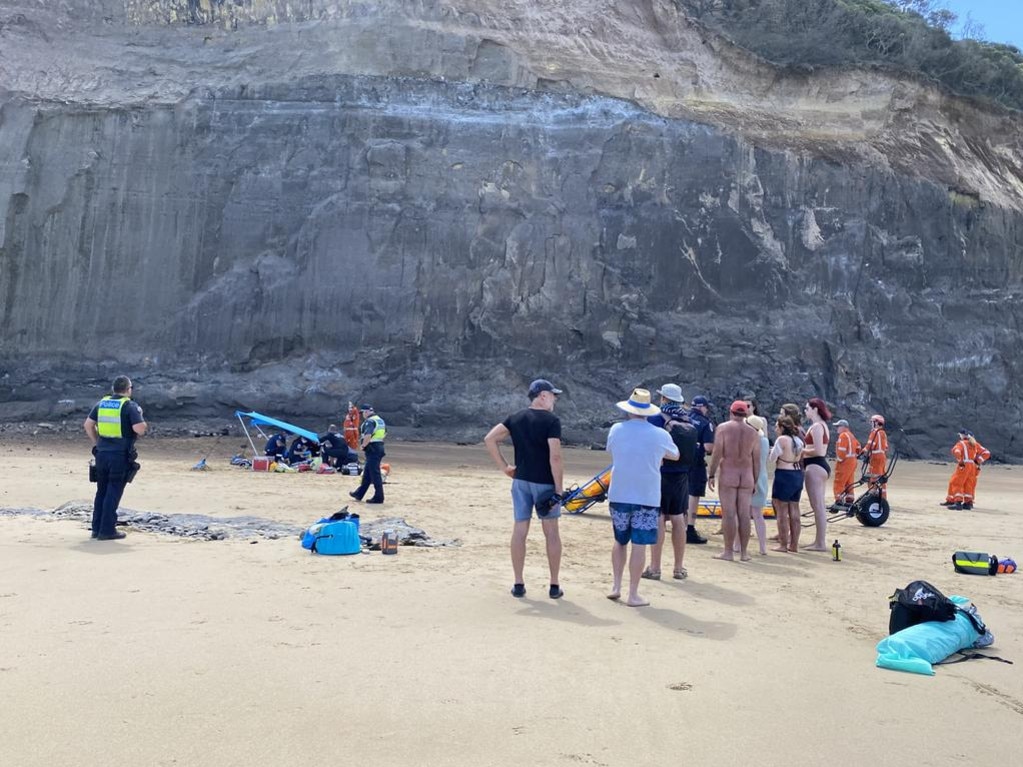 Emergency services were called to the scene at the clothing-optional beach.

A man and a woman sustained non-life threatening injuries and were taken to hospital via ambulance. No-one else was injured in the incident. About a dozen distressed onlookers watched on as paramedics worked on the severely injured man on the sand.

The group’s belongings were blanketed by rocks and debris where they were believed to be sitting beneath the cliff face.

#BREAKING: Three people have been injured after a cliff collapse at Bells Beach on Victoria's Surf Coast.

One male, aged in his late 20s, is being airlifted to the Alfred Hospital in a serious condition with upper body injuries.